I came across the following articles concerning Amazon, and I must admit, I got “triggered” (again!)

Daily Mail: Amazon has nearly HALVED its tax bill to just £4.5m despite seeing sales in Britain soar to £2bn a year – as it stands accused of crippling our high streets:
http://www.dailymail.co.uk/news/article-6021101/Theyre-taking-fools-Amazon-nearly-halved-corporation-tax-bill-just-4-5million.html

I’m not surprised at all by this, as I have found the antics of Amazon quite abhorrent for several years now. Personally I only ever use Amazon to buy Kindle books now, not for any other type of product.

It is appalling to read that Amazon is paying relatively little tax, but what is more appalling is the manner in which they are able to get away with it.

Amazon slashes its UK corporation tax bill by taking advantage over Britain’s ageing tax laws and a complicated network of companies in the EU.

The online giant funnelled cash made from sales across all its European businesses – including £1.98billion from the UK – through a company based in Luxembourg.

This company then pays ‘royalties’ to another of its businesses based in the small European country.

The American tech giant then uses the costs of its branding and services to cut the remaining profits which it can be taxed for at a lower rate than in the UK.

Meanwhile, the royalties paid to the separate entity are not taxed because it is a type of business not considered a tax resident in Luxembourg.

Unlike some European countries, Britain also allows companies to take generous deductions for stock options and share awards and many companies, especially in the technology sector, use the rules to reduce their tax bills significantly.

‘We pay all taxes required in the UK and every country where we operate,’ Amazon said in a statement.

Is it fair to say that the British people are being cheated out of tax income by these big greedy corporations, aided and abetted by our own government? While we all have to ‘dig a little deeper’ and have to endure austerity* and tax increases to pay for public services being starved of cash.

The second article I linked to also highlights the issue with business rates.

It (Amazon) pays business rates for its Swansea warehouse based on a valuation of just £27 a square metre. The Waterstones bookshop in the city itself is assessed at £600 a square metre – 22 times more – according to real estate adviser Altus Group.

I don’t know how Amazon managed to get its business rates valuation that low (bulging brown envelopes perhaps?), but again they have an unfair advantage over other local retailers. How on earth can a traditional high street retailer compete on price against a giant like Amazon, which uses clever accounting to hide its profits, pays its workers barely the minimum wage, and pays much lower business rates?

But let’s face it, Amazon to many people is the first place to go when shopping, whether online or offline. Amazon’s mission is to offer the lowest price. Who wouldn’t want to get something they wanted at the cheapest price possible? I have heard of people who visit ‘bricks-and-mortar’ shops just to have a browse, then find and order the same product from Amazon.

I work for an online retailer that sells products through various marketplace platforms, including eBay and Amazon. We dispatch our products ourselves, rather than sending them to Amazon’s Fulfilment Centres (FBA – Fulfilment By Amazon, or otherwise known as ‘Prime’ to shoppers), due to the prohibitive costs charged by Amazon. For the privilege of selling on their platform, Amazon also charges us a ‘commission’ (up to 15% of the sale value) which we pay every time an item sells.

So yes, it can be a struggle to compete, especially if Amazon also sells the same product themselves. I don’t imagine Amazon charges itself any commission fees, or fulfilment charges, which is why their price is often much lower than that of other competing sellers. In fact sometimes, when I look at Amazon prices, based on what I know we pay from our suppliers, Amazon must be selling products at a loss, or making absolutely no profit.

But as for us, in order to compete (and we do a modest amount of business through Amazon) we have to work on very slim margins, and I can tell you that with the fees we have to pay, Amazon makes far more from each sale than we do!

Amazon also expects its marketplace sellers to offer the same customer service standards as Amazon does. If a customer has an issue with their order, Amazon will just refund the customer in full rather than have it returned to them. For a small business like ours, we cannot afford to just write off an item if a customer wants to return it. But we are expected to do the same. We just want the item back, so we can return it to our supplier and thus get our money back. We have had buyers get the huff and open an “A-Z Guarantee Case”, where Amazon refunds the customer (with our money!), and they get to keep the item.

We were at one point invited by Amazon to become a Vendor, in other words Amazon would buy products from us in order to sell them on, essentially becoming a supplier to Amazon. Again, we declined, because of the prohibitive costs involved, plus there was no way we would be able to offer the cost prices that Amazon would be looking for.

We have spoken with several of our own suppliers who have either had dealings with Amazon, or had been approached to do so. None of them had anything really positive to say.

All Amazon try to do is squeeze manufacturers/suppliers down to a bare minimum price (because Amazon ‘cares’ so much about its customers that it wants to be the cheapest seller on the internet), and then try every trick in the book to get out of paying that supplier what they owe. Goods have to be packaged and delivered in a certain way, and if they are not, Amazon makes ‘deductions’ from the purchase order invoice. I was told by one supplier that Amazon delayed payment of an invoice for a further 30 days, because the delivery had arrived at the fulfilment centre “10 minutes late”.

Now its up to you, the consumer

I hope that has given some insight into how Amazon works “behind the scenes” and gives some additional information on the unfair advantage that Amazon has over other retailers.

It has been said on numerous occasions that the best way to hit these big global corporate giants is in the wallet. Money is king to them, so vote with your wallet and shop elsewhere.

I hope that UKIP policy will be to review the way that corporation tax is calculated and collected in the UK, so that big global corporations are not able to ‘disguise’ profits so easily. I would also hope that UKIP pursues its policy from the 2015 and 2017 manifestos to stand up for and support our small businesses here in the UK, and to review the way that business rates are calculated and valued.

An alternative to Amazon?

I explained earlier that third-party Marketplace Sellers on Amazon have to pay commission fees of up to 15% on each sale processed on Amazon. While in many cases, Amazon is the cheapest source of many products, because of the fees incurred, sellers can offer the same products for sale much cheaper elsewhere, like on their own websites.

A marketplace channel I would like to draw to your attention is Flubit. We sell on this platform ourselves, and the advantage it offers us is that it doesn’t charge its ‘merchants’ any fees, so in many cases our price on Flubit is much lower than on Amazon, as we don’t have to factor in the fees that Amazon would charge us.

*that’s the irony of course, companies like Amazon thrive on ‘austerity’ that they have themselves helped to create by denying the Treasury their correct tax contributions. 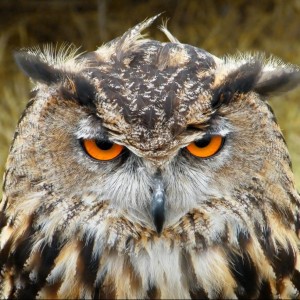